Hours after Betty Kyallo's interview in sections of the media, Okari reacts

Dennis Okari has spoken out for the very first time after his nuptials with Naomi Joy was publicized.

Today morning, the journalist seemed to be responding to his curious fans and haters by posting photos of his beautiful wife.

They are off to their honeymoon.

#thekabus seeing #okaris off to their #honeymoon. @sarahkabu was so excited. We are definitely sure they will enjoy this #bonfiredeals courtesy of @bonfireadventures . Say something to them. #lovebirds #lovers #wedding. MORE VIDEOS TO FOLLOW

This comes after Betty Kyallo gave an interview to sections of the media saying she has moved on.

However, she took to her Instagram and denied that the interview published by Standard’s Friday pullout was legit.

“What a shame Pulse Magazine. You used an interview I did 7 months ago just to make a story relevant now. How unprofessional and uncouth. Steve Muendo we did an interview August last year, but in this article you deliberately decided to make it sound like we did the interview recently which is misleading and a lie,. Even fabricated lies about what I said in the last one week just to make a connection to unrelated event. What a shame for a publication like yours. Desperate to sell copies by using my name. Some of the pictures You used Were from a recent event I attended, you referred to a trip and supposed relationship that I’ve never discussed with you. I just want to tell the public that I didn’t comment recently on any of the things in this article and that the writer Steve whom I actually considered a friend fabricated a lot of this article. The last time I spoke to the writer on a professional level was in August 2018 during a previous recorded interview but he’s used that to fabricate a story relevant For now. Just unfortunate and disappointing!” 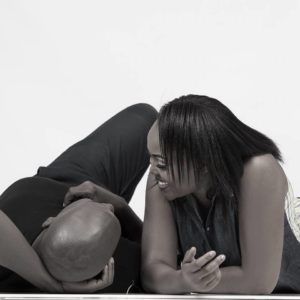 Here is another photo he posted on his official Facebook page

His fans reacted to the photo. Here are some of the comments.

Brabetts Bayern Munich: Dennis Okari Lovely we love you two, you are a man of substance, never shaken and fell down by small matters no matter the waves, this was a good thing that you did . May God bless your union till eternity

Marto Mc Juma: He who finds a wife finds a good thing…. He too gets favor in the eyes of the Lord… May your marriage be blessed bro Dennis Okari…

Rodgers Wabito: Congratulations my guy.. Wishing you all the best and God’s blessings in your marriage.

Samy Samy Obonyo: I like the way you are resilient like a rubber band. You are like Yonah in the bible, he was swallowed by a fish finally arrived to the destination God wanted. You are a a giant among men.

Halligan Agade: Dennis Okari you have been steadfast, you have been directed and now congratulations may God the father continue to show you His ways.