Jibril Ahmed and 748 Airline, allegedly acquired the land through an IR number of a land belonging to Hon Jimmy Angwenyi and it’s located in Thika.

Lands CS Farida Karoney has written to the management of Kenya Airways clarifying the ownership of a contested piece of land at the JKIA.

The land has been claimed by Sports CS Amina Mohameds brother Jibril Ahmed of ARJ properties and 748 Airlines.

She said the same parcel was initially registered as LR 9042/584 IR 67128 measuring approximately 0.6038 hectares and registered in the name of Kenya Airways limited.

“There were claimants of the same title LR 9042 /584 allegedly registered as IR 69013. The said document did not emanate from this office,” she said.

She said the parcel measures approximately 2.004 hectares and was initially registered in the name of Jimmy Angwenyi.

“The term of the title is 99 years from May 1 1993 and the property is situated in Thika Municipality,” she said.

In July 2021, KQ obtained orders to evict 748 airlines from its land at JKIA.

This came a day after 748 airline hired armed goons who numbered about 300 that stormed KQs offices trying to repossess the grabbed land.

A magistrate court issued an injunction against 748 airlines stating that the status quo must be maintained.

“That an order be and is hereby issued directing the removal of the defendant /respondent from all that property known or described as LR. No. 9042/583, situated in the City of Nairobi within Nairobi area in the republic of Kenya and restraining the defendant / respondent from further trespassing, occupying, using, entering upon or otherwise howsoever manner interfering with the plaintiff  quiet  enjoyment  use or occupying  of the suit property pending hearing  and determination of this suit,” read the order issued by Magistrate D.M Kivuti.

Jibril is the proprietor of 748 Air services limited and a brother to Sports CS Amina Mohamed.

The land in question is on North Airport Road and is valued at shs 300million.

In the last three years, Jibril has been embroiled in several land tussles in Nairobi.

Of late, he is wrestling to gain ownership of a prime piece of land along Mombasa road.

The land is behind the Inland Container depot and worth shs 300 million.

Several City residents said Jibril is a perennial “land grabber” and asked the authorities to intervene.

Others asked Parliament and all investigative agencies to probe the matter saying Jibril is out to ensure he takes possession of KQ’s land. 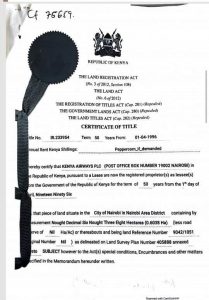 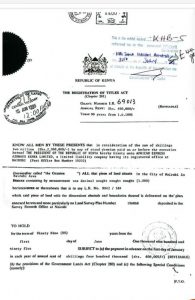 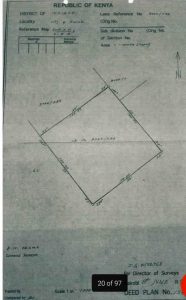 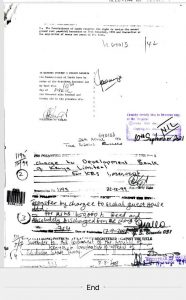 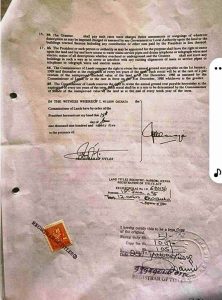 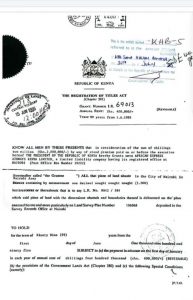