Since 1997, Luo Nyanza has rallied behind Raila Odinga and its time they sought a replacement.

Raila Odinga at a past function in Kiambu County.

Last week, the country was treated to heightened political drama after word went round that the handshake between President Uhuru Kenyatta and ODM leader Raila Odinga had collapsed.

This emerged after Siaya Senator James Orengo claimed that a Cabal of influential people sitting at Harambee House had “taken over Raila Odinga’s baby the “BBI”.

The next day, all fingers pointed at Interior Principal Secretary Karanja Kibicho as the man sabotaging the BBI.

Orengo sensationally claimed that the Cabal wants to influence who will be the next president of Kenya.

ODM also claimed that the State had its strong hand in ODMs lose in Matungu bye election.

Several ODM leaders claimed that the state was sabotaging Raila and his ODM party.

The developments show that Raila and his supporters should be ready to be shocked at the last hour incase President Uhuru Kenyatta and his men abandon the handshake.

Luo Nyanza should also be ready to live with the reality if Raila fails to clinch the Presidency next year.

Since 1997, Luo Nyanza has rallied behind Raila Odinga.

The region has overwhelmingly voted for him and its time they considered other candidates.

At age 76 years, Raila is getting old, frail, and weak as days go.

Its time Luo Nyanza realized that they need several people to stand in for the ageing Raila since he has lost the energy, -he had in the 1990’s.

Luo Nyanza should act quickly or else if Raila quits politics or becomes incapacitated today, the region will be orphaned politically.

Thus, there is need to embrace other Parties and political players like Deputy President William Ruto, Musalia Mudavadi, Kalonzo Musyoka and the rest.

Doctors said the  ODM  leaders was awaiting a Covid-19 test on Wednesday.

However, a letter circulating online and apparently written by Dr David Oluoch showed that he was fatigue and needed some rest.

John Onyango is a communication consultant from Kisumu. 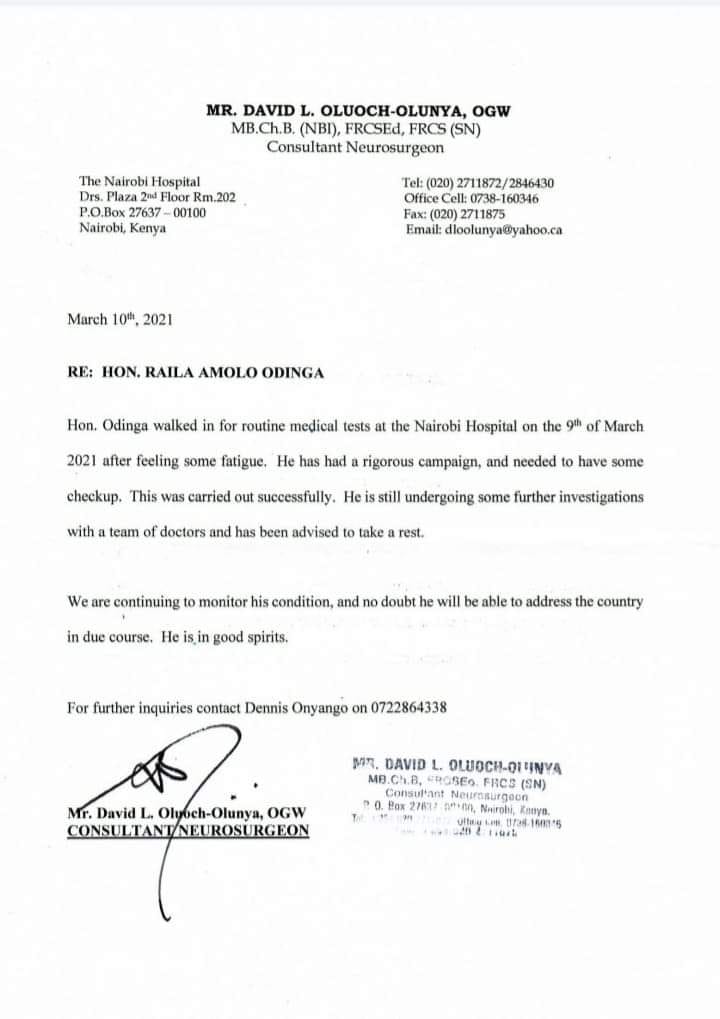 Duale must be President William Ruto’s “Mr Fix it”

Know and Understand Your Children This Christmas

Change strategy on COVID-19, it is not about buying Body bags- Aden Duale tells Kagwe

Security guard narrates to Court how former MP Ndungu Gethenji brandished gun and hit him with it.

Natembeya’s plea to Ruto will yield fruits in Trans Nzoia

Security guard narrates to Court how former MP Ndungu Gethenji brandished gun and hit him with it.

Natembeya’s plea to Ruto will yield fruits in Trans Nzoia