Giraffes and zebras in the Maasai Mara/file

Wildlife conservationists in Tanzania are worried after the government lifted a three year ban it had imposed on trophy hunting.

However, trophy and game hunters have a reason to smile.

Three years ago, the government banned trophy and game hunting and revoked the permits of Tanzanian citizens and foreign residence permits.

The ban was necessitated by “misuse”.

After the ban was lifted, new hunting conditions have been set out and hunting limited to only five blocks in five zones across the country.

The conditions were announced by the Tanzania Wildlife Management Authority (TAWA)

The ban was imposed in 2015 by the Ministry of Natural Resources and Tourism.

James Wakibara, the director general of TAWA said the lifting of the ban is to support conservation of wildlife through sustainable hunting.

He said the government had earlier established 19 Wildlife Management Areas (WMAs) under the management of local communities for hunting and other tourist safari activities.

However, alarmed by killing of animals, the African Wildlife Foundation (AWF) last month announced that it will invest USD25 million over the next four years to support efforts by African governments and local communities to protect wildlife and wildlands on the continent.

Mr Wakibara said resident hunting will be carried out as an experiment that would build new conservation strategy through sustainable use of wildlife resources.

The areas where hunting is allowed are in Manyara region located in the Northern Zone where hunting activities will be conducted in Kitwa South block in Simanjiro district.

The other hunting block is Kilwa North (Kilwa Open Areas North) in Kilwa district, Lindi region in the Southern Zone.

One can hunt in Kisarawe hunting block in Coast region, Kisarawe district in the Eastern zone as well as UgallaNiensi (UgallaNiensi Game Controlled Areas).

Tabora and Katavi region is another hunting block that also cuts across two districts of Mlele in Katavi region and Kaliua district in Tabora.

Wakibara said citizens hunting for game meat have to be licensed by the relevant authority and proof of the kill has to be presented afterwards in the form of skin, hooves and other non-edible animal parts.

However, the companies denied the claims saying they contribute US$30 million per year from hunting.

Several hunting safari operators are known to kill animals not specified in their hunting permits.

Others shoot indiscriminately at animals.

However, conservationists say trophy and game hunting has encouraged poaching which has escalated in the last 20 years.

The most hunted animal has been the elephant.

According to the World Wildlife Fund, between 20,000 and 30,000 African elephants are killed each year.

They are mostly killed for their tusks, which are sought after in Asia.

Currently block hunting licence fee is US$60,000 per year, issued per each block allocated to a hunting safari company.

Trophy fees for hunting an elephant and a lion are the most expensive. 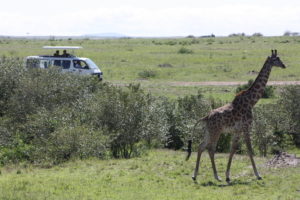 Stray elephants and lions including the old and unproductive ones are the only group of animals which hunters are allocated to hunt for trophies.

Other wild animals under hunting permits are hippos, crocodiles and other species not listed in a group of endangered species.

These are the grazers and browsers, which resident permits allow the hunters to kill for meat. Professional hunters booked to Tanzania are mostly American citizens.

This Valentine- all roads lead to Nairobi’s Lymack Suites